Update for the New Year 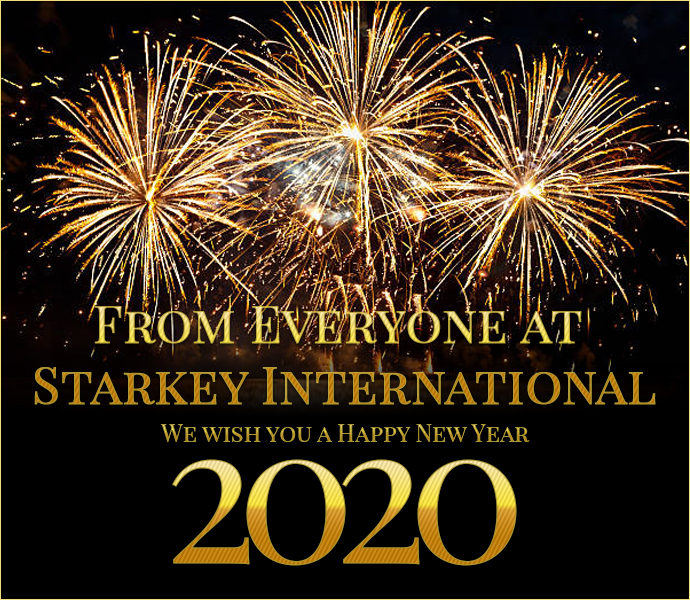 We invite all those in private service to get educated. Grow our profession by growing your knowledge. 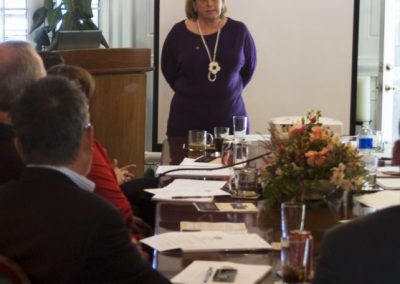 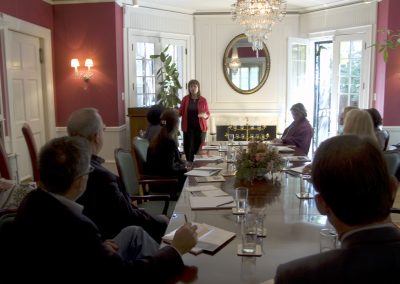 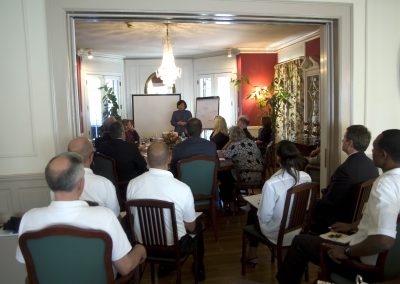 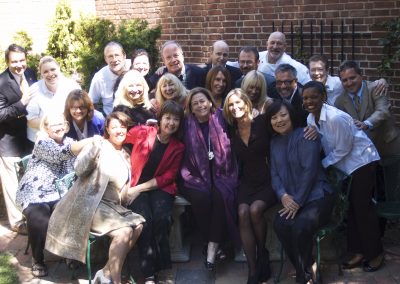 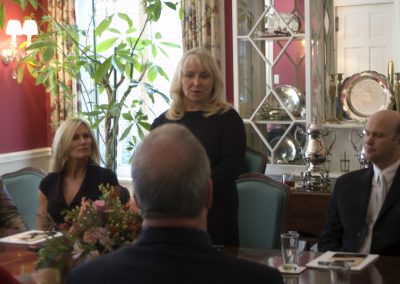 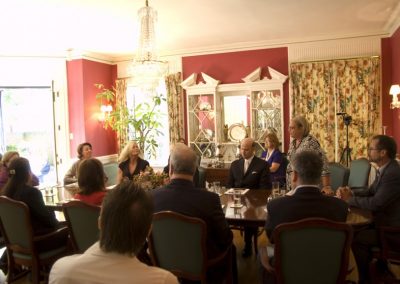 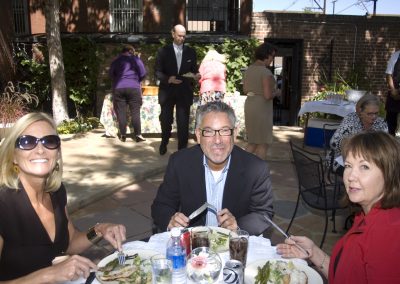 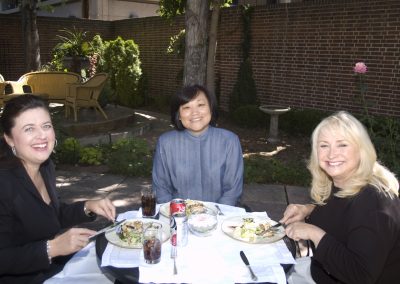 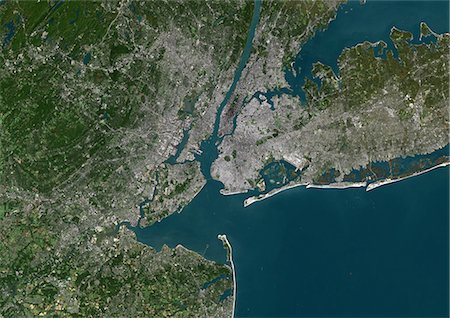 I was born in Paris, France to an American father and a French mother, making me a dual citizen. My father was born in Czechoslovakia to a Slovak father who built a textile company from the ground and a Hungarian mother who was a social worker. Both were of the Catholic faith. The family was dispersed for many years as they had to leave their country due to the Russian invasion. They finally all reunited in Canada after several years and went on to immigrate to the US and became very proud Americans. My mother is the result of a French father born in French Algeria, a veteran of WWII and who became confined  in a German work camp for numerous years, he was one of the few of the French prisoners to have survived the conditions.  He became an engineer for British Petroleum. Her mother was from the French Alps and was an accountant until they married. Her parents met at a sanatorium where my grandfather was sent to recuperate. They both had a passion for music and were in a choir together. In turn my parents met in Paris, where both worked for Colgate Palmolive. My mother quit her career when I was born. My father’s career evolved from marketing VP to general manager which launched into international postings in Europe, Latin America, Middle East, Persian Gulf and Larchmont, New York. My mother, two younger brothers, cat, and dog followed him and during the summers we would go and stay with my French grandparents.

END_OF_DOCUMENT_TOKEN_TO_BE_REPLACED

Starkey International
Scholarships for our Military 2014

Starkey International has reached agreements with China’s largest household service organization, China Home Services Association, and Gaoyang Vocational Education Development Center which is working with top universities to provide Starkey education and curriculum throughout China. This would allow Starkey International to engage in the training and education of Chinese household service professionals through mutual cooperation. Gaoyang center was established in 2003 and was one of the earliest entities that helped introduce international programs into China.

These efforts were made possible by Starkey International and Gaoyang’s vision for quality service in China. Working with Starkey, Gaoyang will be launching training programs for Butlers, Housekeepers and other related household service specialties by mid 2013.

Just a note of appreciation to you for hosting the Denver Professional Mens Club for our meeting in September!

Time slipped away from me however you have been in my thoughts as I think it is really grand of you to host us at your wonderful home and business.  Your staff as always were great and I’ve attached a photo of them that wonderful night.

Have a great holiday season, 2012 has slipped by so very fast but as they say the older people become the quicker time flies by due to our mind’s reference of time.

Social protocol is an aspect of etiquette defined as a code of behavior that delineates expectations for social behavior according to contemporary norms within a society, social class or group.

The French word etiquette literally signified a tag or label first used in the French Royal Court in the early to mid 1700’s to instruct guests on how to behave when dining at the King’s Table. In modern times, in the more common situation where the dinner table or other social gathering must be organized according to the degree of social rank and familial or professional relationships among the guests, it falls to the discretion of the hostess to determine who will take the highest position at the table as Guest of Honor to be seated at the right of the Hostess, with the Guest of Honor’s partner seated to the right of the Host.

At our Formal Dinners here at the Starkey Mansion, whatever the nature of our guests, this principal is still the foundation upon which the seating placement is based, and it does much to determine the social interaction and conversation during and after the meal.

Last week was very exciting for us in the Placement Department. We began on a path of discovery that examined our dedication to Starkey’s applicants,  as they become graduates.

Our question was how to better support future students through the admissions process and into the placement phase.  This led to a new “Education First” process. Launching this program has galvanized admissions and placement departments.  This means that an applicant, thinking about enrolling at Starkey International, will have access to the placement department to ask any questions, outline the process, and begin a relationship with placement from their very first steps.

We are excited about this new project. Both the Admissions Department and the Placement Department are looking forward to hearing feedback from applicants, students, and Certified Household Manager graduates.

Starkey on the History Channel

Starkey is featured 35 minutes into the show (just after the last advertisement), but be sure to check out the other wonderful Colorado businesses featured in the episode!

Starkey On Board… Yachts, Education and More

We are pleased to announce that we are collaborating with educator Yachtswoman Ms. Alene Keenan, owner and president of the acclaimed International Yacht Stew Solutions. Miss Keenan has been a yacht stewardess for over 20 years. She has dedicated her life to service, and has been developing and installing service training systems for private and charter yachts since 2007, worldwide.

“I am excited about working with Mrs. Starkey. I am a big fan of her philosophy of service and products. I look forward to combining the knowledge and expertise we each bring from our respective fields to co-develop a unique Service Management System and specialized curriculum and publications that will elevate service to new levels on board private and charter yachts.”

For more information on Ms. Keenan or Yacht Education Services, please contact us at services@starkeyintl.com or call us 800-888-4904.

Starkey is delighted to have a relationship with Luxury Portfolio International (LPI), the Ultra Luxury Home Division of Leading Real Estate Companies of the world to share our private expertise with those LPI member real estate professionals who serve the High Net Worth. I along with Mr. Tollison, our Marketing and Strategy Officer here at Starkey were invited to present at their conference in March in Orlando, Florida.  Mr. Robert Frank, author of Richistan and the High Beta Net Worth, and Senior Editor of the Wall Street Journal moderated Realities of the High Beta Rich and a panel with Mrs. Starkey regarding high-end staffing, Luxury Realtor Joshua Saslove of Aspen, Colorado, Todd Ballenger known for Financial Services, and Anthony Cutugno who is a luxury marketing expert.

Mr. Frank spoke to this very elite group of 250 Luxury Realtors about the future of real estate on a world stage, about the different styles of high-net worth, how they made their money, the volatility of the market and its effect of the availability of money, how we are on another 2 year bubble, about how the smarter investor has become more conservative in their spending habits, and finally how to create added value for those clients when purchasing homes and estates in excess of $8 Million with the availability of quality staff to support their lifestyles. It was high for me to be in the same room with so many type A personalities making it happen in the world of real estate.  I also delivered a Presentation on Serving the High Net Worth.  My 30 years in service has taught me much in who they are, how they think, and what quality of life typically means for them.  If you have not read The High Beta Rich, it’s an excellent read.

Starkey International on the History Channel with the Sklar Twins!

All of us at Starkey are thrilled to share with you that we had the opportunity to play with the well-known comedy team of Randy and Jason Sklar.  Learning Service made fun as we bantered back and forth our service perspective. Our feature, produced by Left/Right TV is part of a special Sklar Twins series and is called “United Stats of America.” It will air on The History Channel in February.  The Sklar Twins are most intelligent and humorous; the show features a Colorado gold mine, the Denver Mint, the Frugal Millionaire, and Starkey International.  It has a witty but serious undertone about learning what service is, and looking at the US and our attachments to money.  They discovered what we already know; Graduates of Starkey are “in the house but not of the house!”   Catch the Sklar Twins by visiting the following link.  http://www.supersklars.com

Events at the Starkey Mansion

The Denver Professional Mens Club held their annual meeting at The Starkey Institute last Saturday, January 21, 2012.  Seven or eight of Denver’s great professional men enjoyed a convivial evening of business mixed with pleasure while enjoying Chef Althoff’s customized culinary creations and delectable buffet with a good stiff drink!  Mrs. Starkey welcomed the group, shared a little of the Mansion’s 110 year history.  She invited these special guests to join with their friends or charities and choose the perfect date to experience one of Starkey’s prestigious formal dinners.

The Denver Woman’s Press Club was invited to tour Starkey’s 1901 Historic Mansion last week, still decked in its Christmas apparel.  Starkey has been located across the street since the Press Club was built in 1916.  Mrs. Starkey was recently invited to join this most interesting group of women writers as she will have forthcoming new publications to share with the service industry and many other followers.

Speaking of writing and words; did you know that in 1981, Mrs. Starkey while sitting with her dictionary, found the phrase “household manager” in a definition and immediately knew it would replace the out- dated old guard title of Majordomo?  She began to use the phrase in her advertisements and history was made!  “Household Manager” is now an official Department of Labor employment title and Starkey is now celebrating their 125 class.  Starkey International has now educated over 1000 Certified Household Managers and placed them world-wide!

World-Class Private Service on the Caribbean Island of Anguilla

Starkey International and Properties in Paradise announce world-class private service on the Caribbean island of Anguilla.

Anquilla, a tropical jewel in the Caribbean known for its pristine white sand beaches, is a favorite of celebrities and VIPs in search of perfect seclusion in an idyllic setting.  Beyond the stunning natural beauty, sophisticated guests can now experience the trademark Starkey International private service at Ani Villas — a luxurious 10 bedroom estate impeccably designed and outfitted for ultimate comfort and relaxation.

As a consultant to Ani Villas, Bruce Hearn, of Properties in Paradise and representative for Starkey Caribbean, has put together an exceptional private service team.  With Starkey graduate Felix M. Pina as property manager, a highly trained staff, and the implementation of the Starkey Management System, Mr. Hearn has established a new level of service to Ani Villas and the island. The guest experience will be the perfect combination of natural surroundings, outstanding private service and impressive amenities. END_OF_DOCUMENT_TOKEN_TO_BE_REPLACED

We made an Aspen field trip last week to attend the Greenalicious fund raiser to help raise awareness of children’s obesity. It was a wonderful experience for me, our Chef Althoff, and our Director of Placement, Gary Smith. We donated one of our wonderful 9 course private formal dinners here at the mansion…I believe it sold for $4,500. The Children’s Health Foundation brought in notable Chef’s from all over the US, and as you might imagine, the food was sensational. As a side note, the auction was one of the best I have ever attended. My 2 entertainment centered sons and their wives will be receiving for Christmas a free trip to Nashville with center seats at a Grand Ole Opry concert and private sessions with song producers. I hope they think I am a great mom!