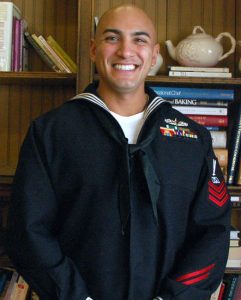 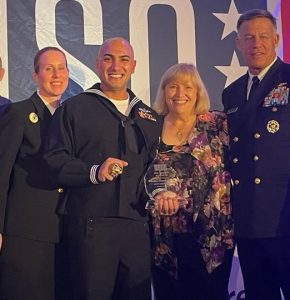 “My desire to serve makes me truly believe I was placed on this earth with a service heart to put joy, comfort, and happiness into people’s lives through hospitality,” said Labaki.

As part of the staff at Buchanan House, the residence of USNA’s Superintendent, Labaki coordinates events at one of the most visited government residences in the United States. With more than 13,000 guests per year, Buchanan House hosts countless distinguished visitors such as members of Congress, senior government and military officials, and dignitaries from around the world.

“Georges brings a passion to everything that he does at the Naval Academy, and that is evident in the events he orchestrates at Buchanan House,” said Buck. “The love and enthusiasm he puts into his food and into maintaining Buchanan House show that plainly. He’s always looking for ways to take our events to the next level at USNA—he’s a consummate professional and a perfectionist. I can think of no better recipient for this year’s DoD Enlisted Aide of the Year award.”

Aside from his duties at Buchanan House, Labaki is also highly involved with the mission of the Naval Academy, which is to train its midshipmen mentally, morally, and physically. Labaki is the enlisted representative for the Academy’s CrossFit team.

“My favorite part of this job is working with the midshipmen,” said Labaki. “I love having the opportunity for mentorship, and getting to be a part of creating the Navy’s future officers is really rewarding.”

The Enlisted Aide of the Year award was first given in 2003 by Mary Louise Starkey, founder of the Starkey Institute for Household Management. Starkey first began training enlisted aides in 1998, and after a few years, purchased a table at the USO’s annual Salute to Military Chefs.

“It was an honor to bring the award back to Navy after 11 years,” said Labaki. “We’re almost constantly busy and while that can be tough, above all, it’s rewarding.”

HISTORY OF THE DOD ENLISTED AIDE OF THE YEAR AWARD

Although a relatively unknown position in the military, Enlisted Aides serve a crucial role in making sure America’s generals and other high-ranking military officials are successful in their roles of leadership.

From executing multi-course formal dinners for international diplomats to caring for the general’s uniform and managing Housekeeping duties, Enlisted Aides perform duties at the highest level of the U.S. military. During formal dinners, they make sure dinner is served in the correct placement and at the correct time, often at embassies and command centers around the world. It is during these masterfully executed dinners that U.S. generals and other high-ranking military officers conduct world-changing diplomacy.

In 1997, Mrs. Starkey began to recognize the significance of the individuals serving generals in this capacity. She was a major influence in elevating and educating Enlisted Aides, and helped create a process with other senior military officials to select and present the Enlisted Aide of the Year Award, which is still presented to this day at the Salute to Military Chefs dinner. The USO presents the award at the Ritz Carlton Hotel in Pentagon City, where 180 senior military and civilian government officials attend the event.

Winners of the Award:

2013: Sergeant Sarah Deckert (Army), Enlisted Aide to the Surgeon General of the Army

2011: Staff Sergeant Charles Hughes (Marines) Aide to the Commandant of the Marine Corps

2003: FS2 Lorraine Terry (Coast Guard), Enlisted Aide to the Commandant of the Coast Guard Academy. Only two services participated in the first year, the Air Force and Coast Guard. 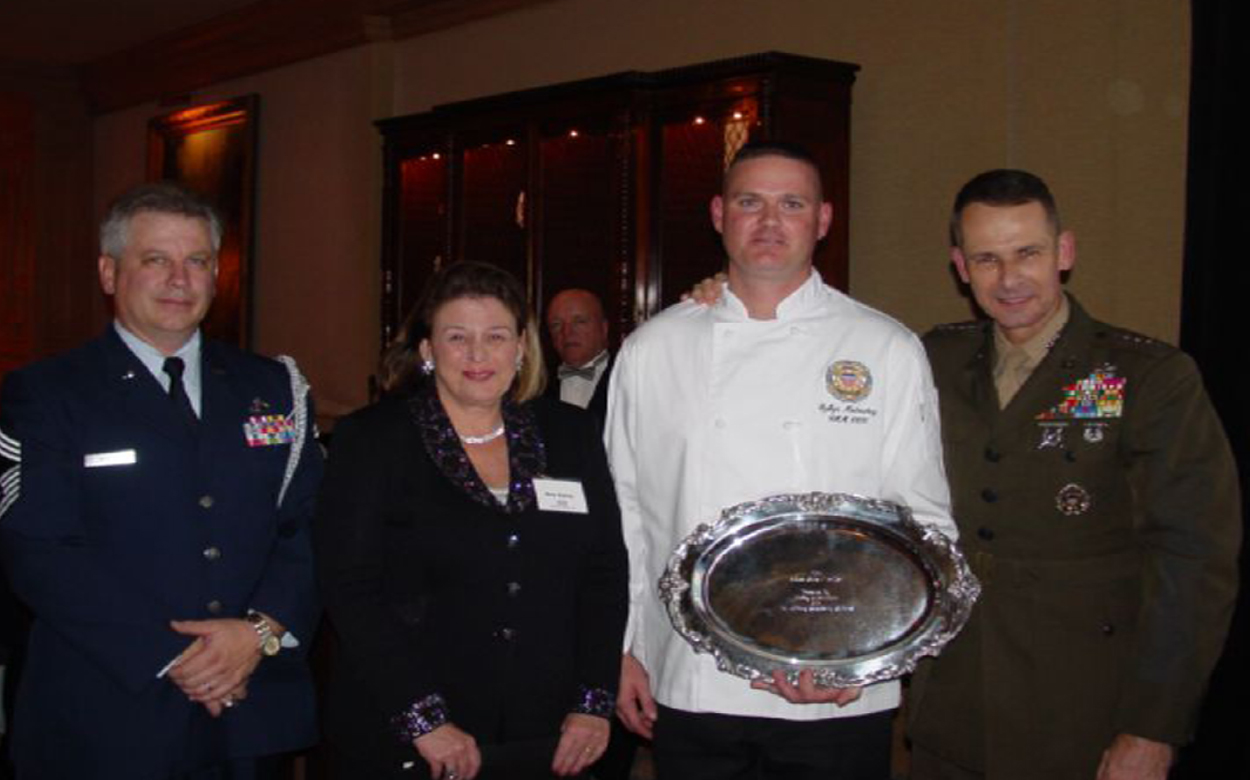 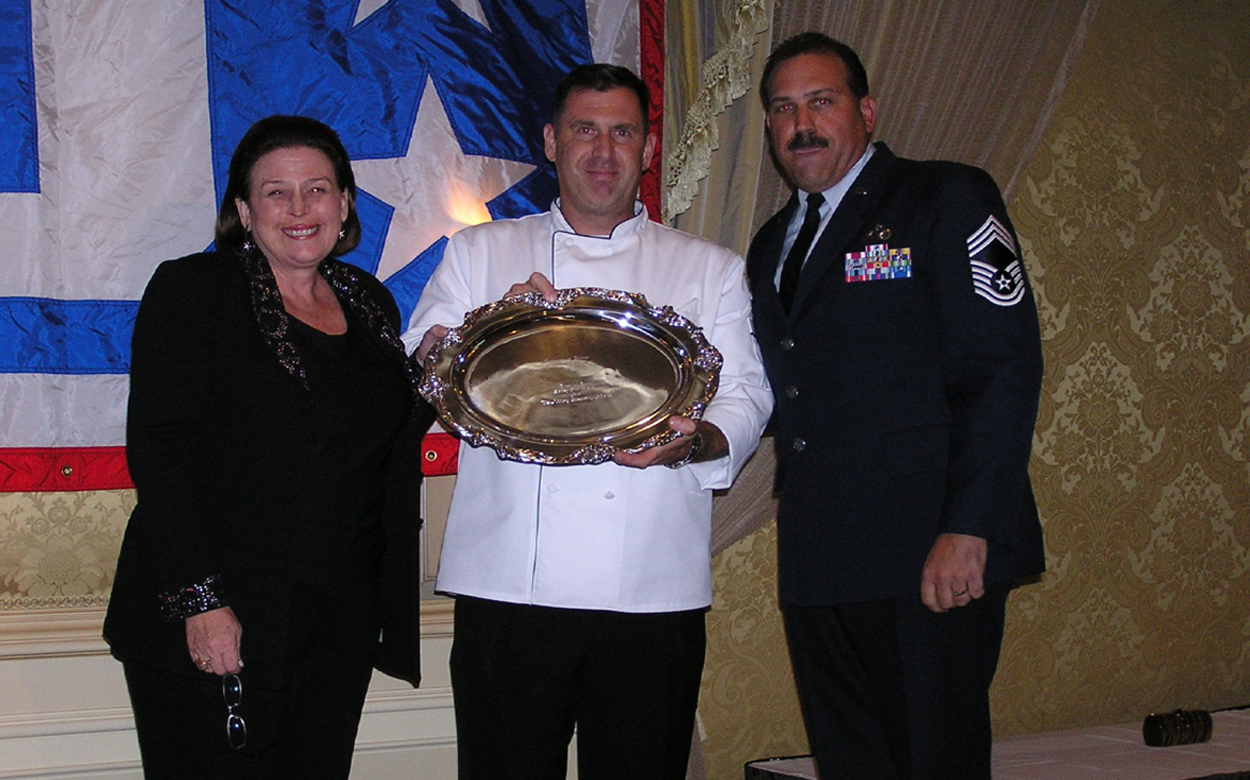 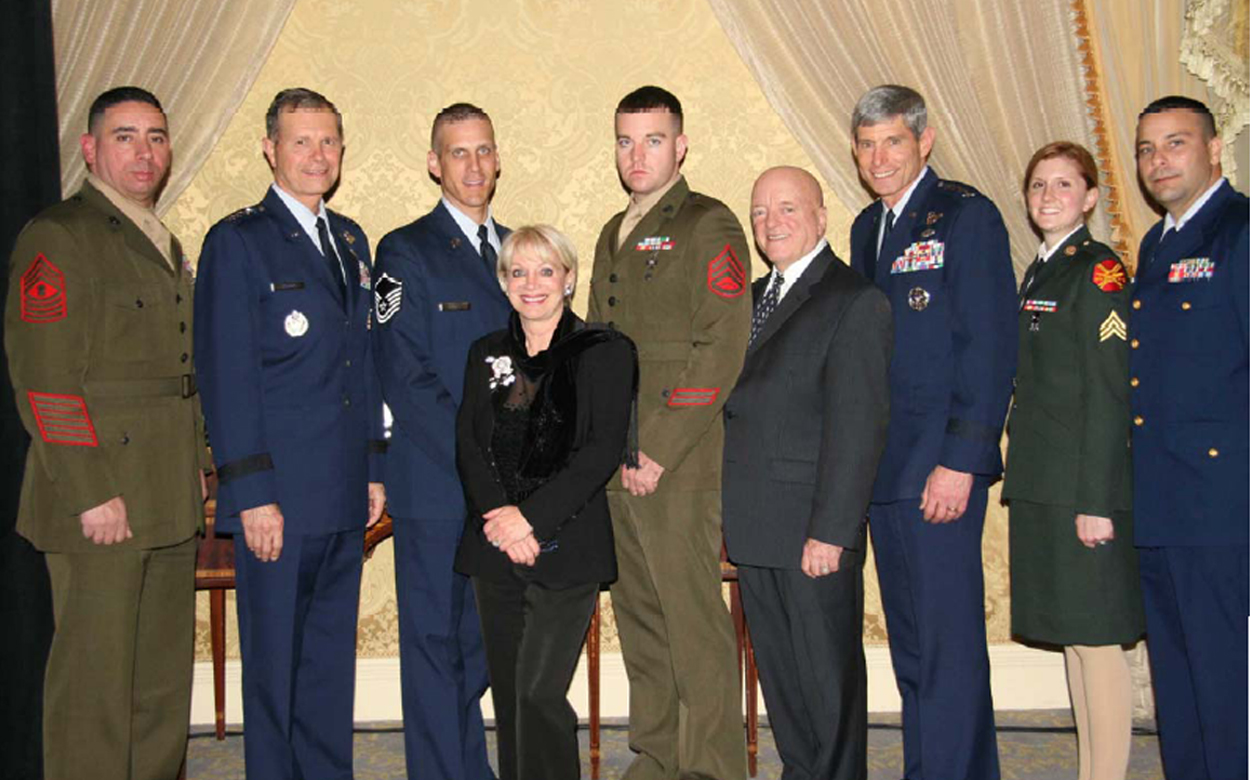 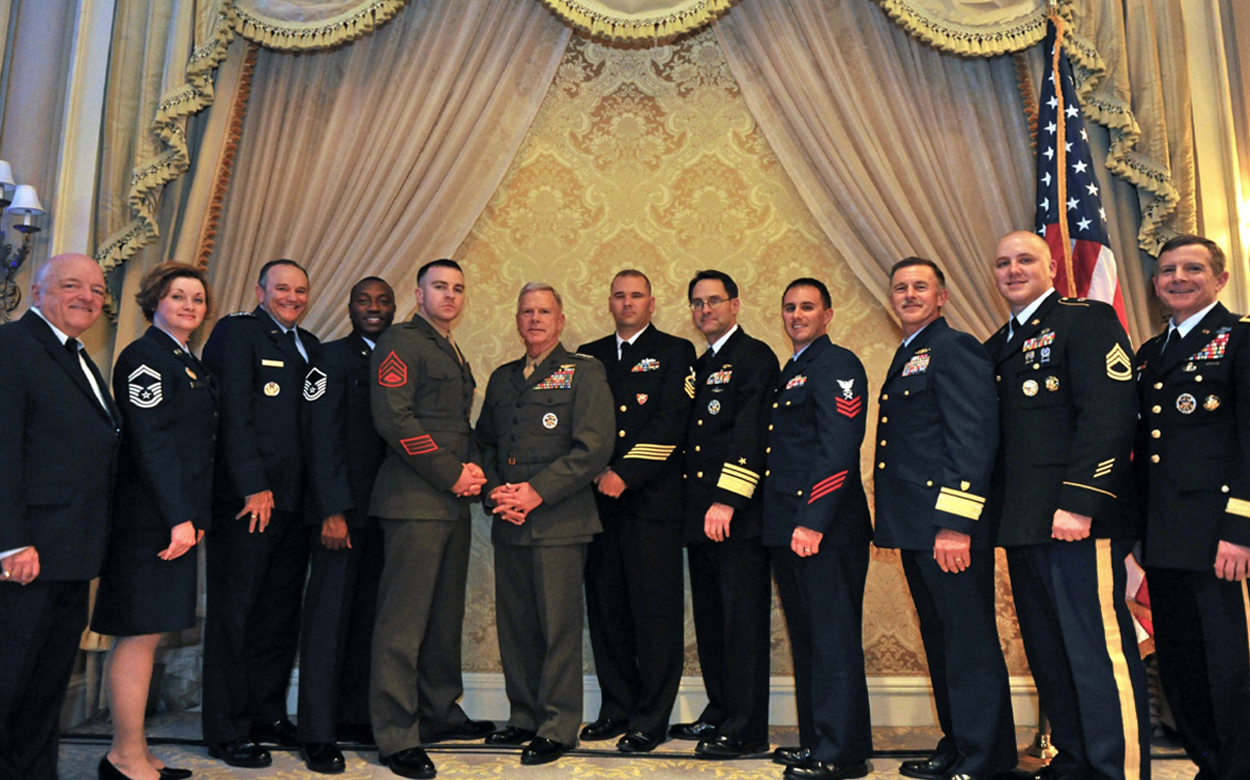 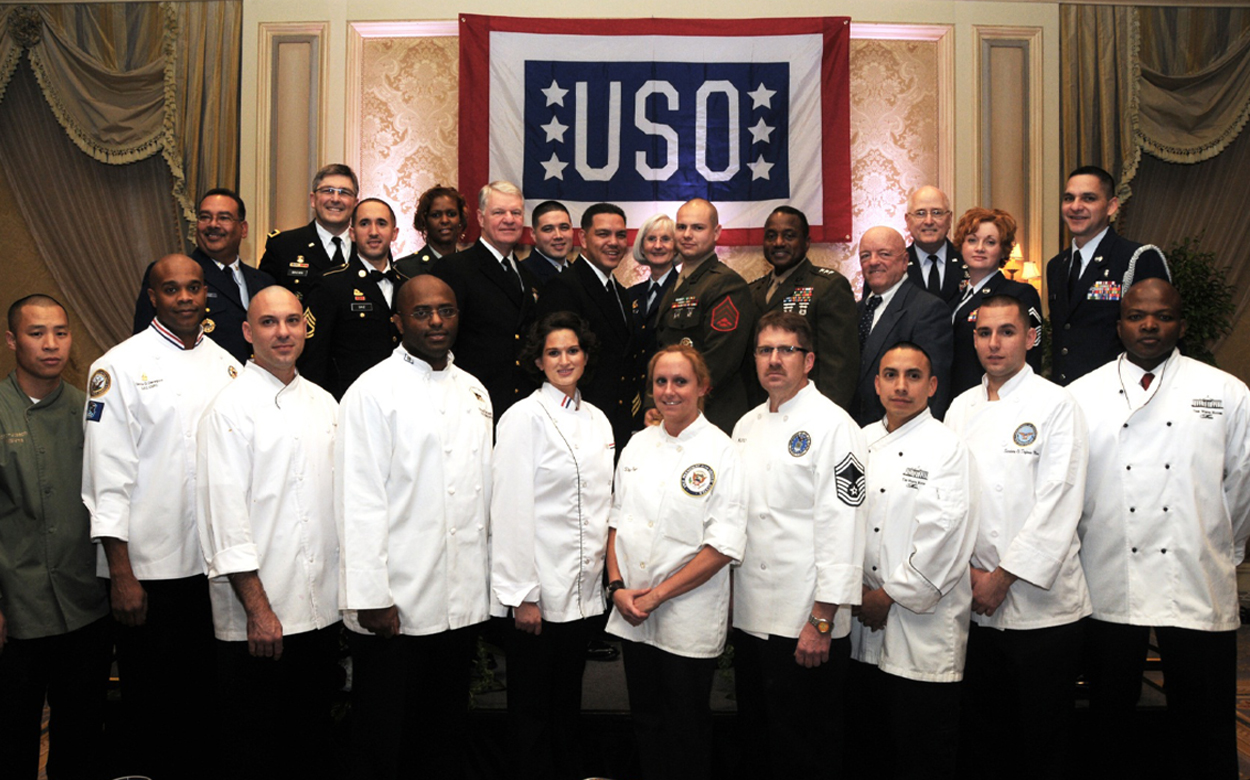 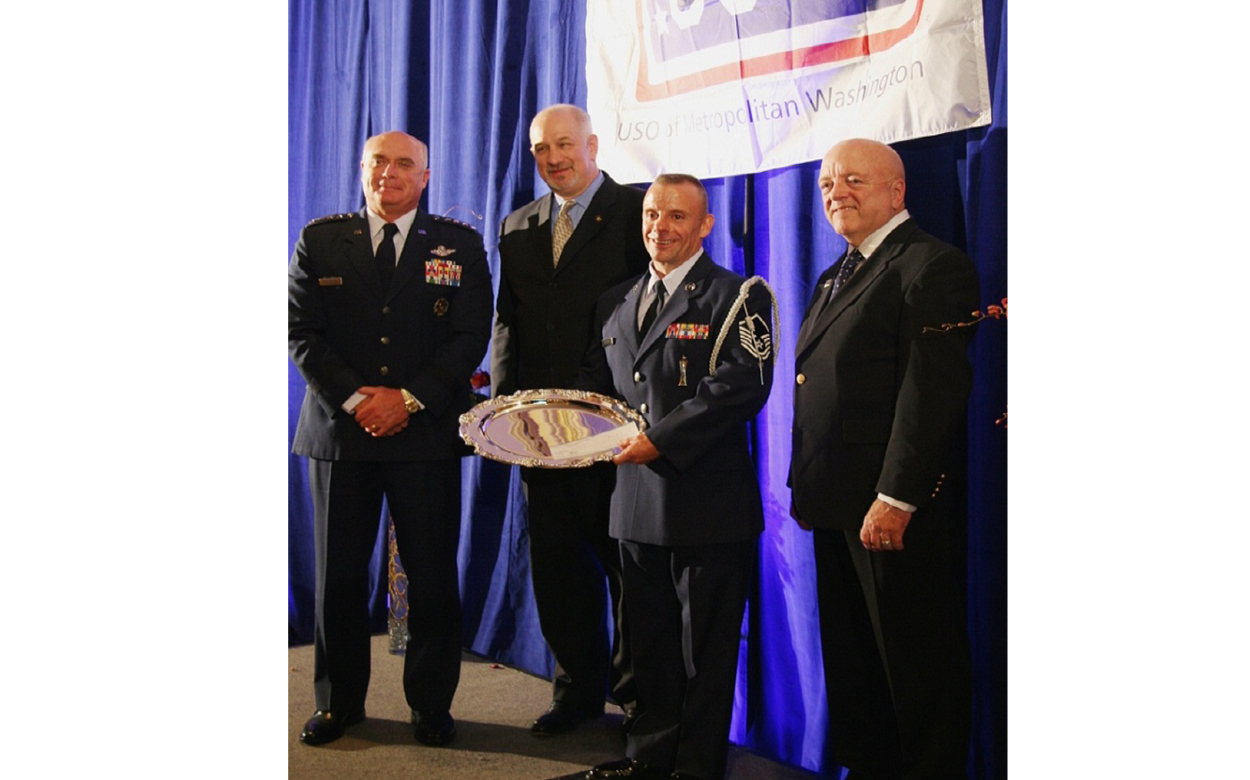 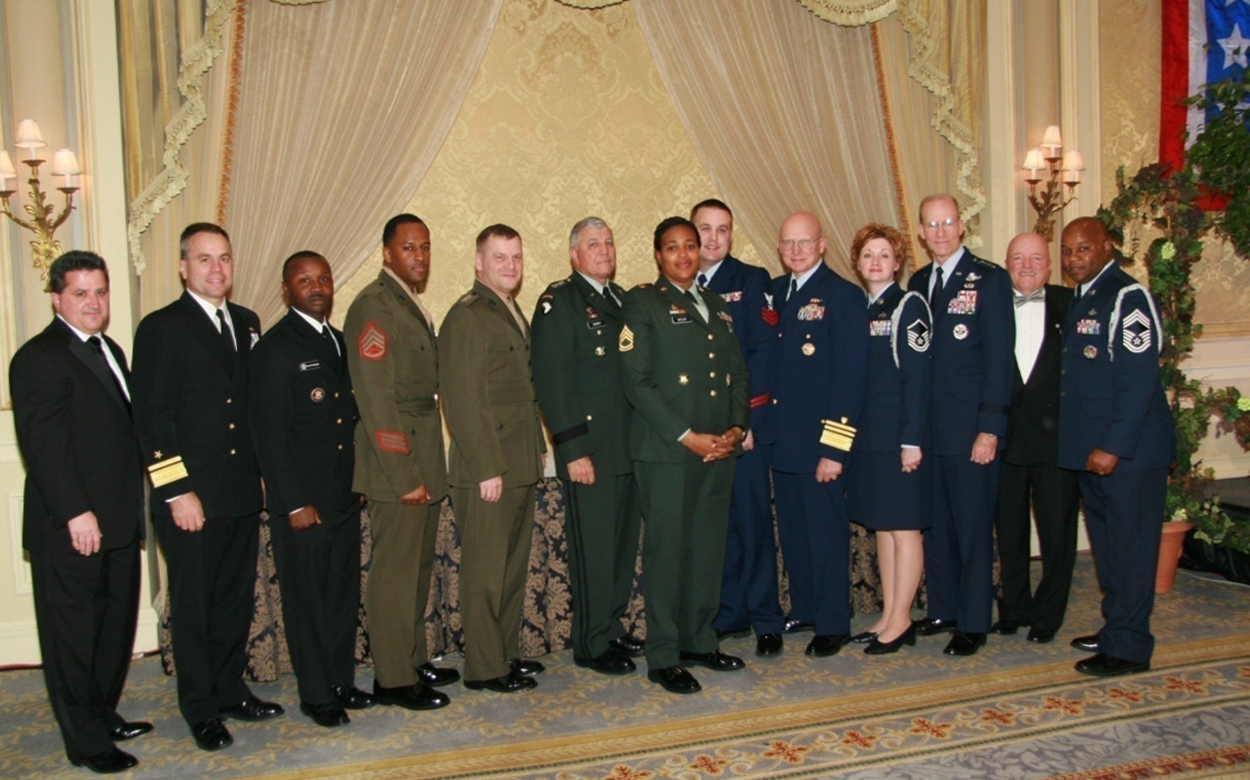